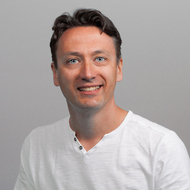 Florent Perronnin
This user account status is Approved
About
Publications

Back to People
Management

My role involves coordinating all our project activities.

My research has found applications in several business verticals including Business Process Outsourcing (BPO), Transportation, Retail or Communication and Marketing. It also won several awards in public competitions such as PASCAL VOC, ImageNet and ImageCLef.

The research topics I am currently most passionate about include representation learning, lifelong learning and machine reasoning.

I am in charge of strategy and projects at NAVER LABS Europe in Grenoble, France.

I have been with NAVER LABS since Aug 2017. From July 2016 to July 2017, I was Deputy Director of the Analytics Lab of Xerox Research in Grenoble, France. From May 2015 to June 2016, I was the Director of the Facebook AI Research (FAIR) Lab in Paris. From 2005 to 2015, I was with the Computer Vision group of Xerox Research in Grenoble, France, first as a Research Scientist then as Principal Scientist and Manager. From 2000 to 2001, I was a Research Engineer with Panasonic in Santa Barbara, CA, working on speech and speaker recognition. I received my Engineering degree from Telecom ParisTech in 2000 and my PhD in Computer Science from EPFL in 2004.